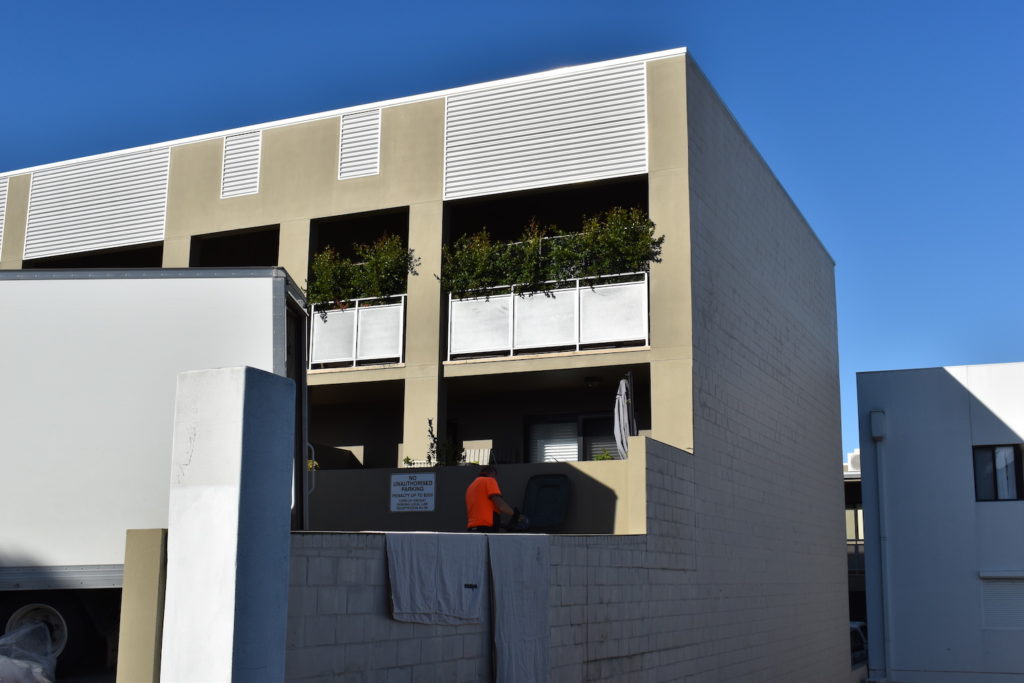 Two storey unit located in the heart of Mount Hawthorn. The dwelling was located at the a end of a set of five units, with one adjoining wall with a neighbouring unit, whilst the other wall being external westerly facing. All external walls, as well as the adjoining wall between units were of double brick construction.

1. Noise travelled from the neighbour’s adjoining unit too easily and;

2. The unit was extremely hot in the afternoons, especially the westerly facing wall.

Prior to offering a solution, Michael and the team had inspected the roof insulation. There currently was existing R4.1 batts, as well as Anticon-60 under the tin roofing sheets. After running an energy assessment (using NatHERS), it was deemed that any more ceiling or roof insulation would not increase the internal temperature of the home.

After running a NathHERS Assessment to identify the best way to reduce the internal temperature in the heat and increase the passive design of the home, we came to the following solutions;

1. Cavity Wall insulation to the external westerly facing wall would increase the thermal resistance of the wall from R0.4 rating to R1.72. This was significant when the layout of the home meant that the westerly facing wall alone was responsible for up to 40% of the heat transfer in the home.

When recommending the best cavity wall insulator to use, we compared InsulGuard Cavity Shield against Sound Shield.

Thermal Performance: Both products offer a R1.3 rated insulation for a 50mm cavity.

Soundproofing: The density of the rockwool in Sound Shield makes it a superior acoustic insulator compared with the polystyrene Cavity Shield.

Whilst a more invasive process of installation with drilling internally (which requires patching and painting), the client’s priority was the soundproofing between the apartments when both products had a similar thermal performance. 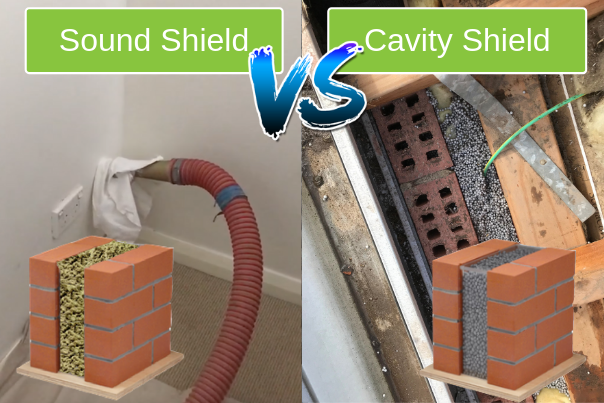 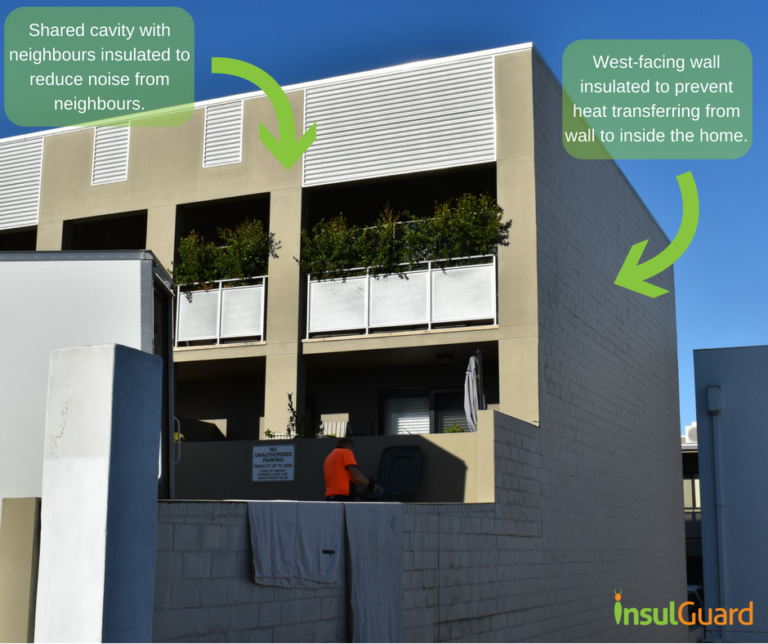 Michael takes you through a time-lapse of the installation.